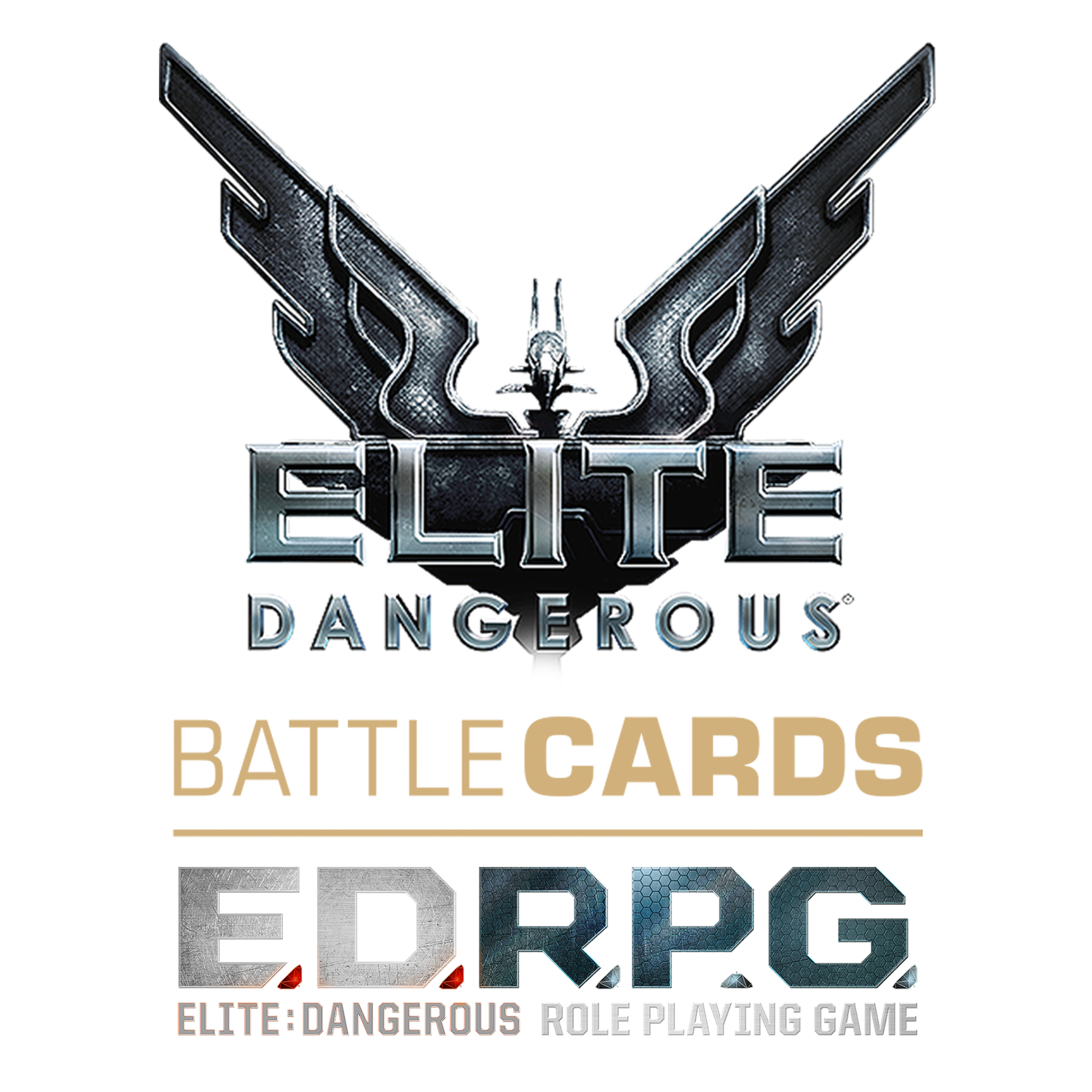 This is your home for all Elite Dangerous TTRPGs & Card Games!

The Level Up Gaming table is the ultimate gaming table to enhance playing your favorite tabletop games & board games.

This innovative table creates a ton of extra space to elevate all your favorite and classic games such as Dungeons & Dragons, Monopoly, Settlers of Catan, Candy Land, and many more!

…where the police shoot on sight, entire systems are overrun with space pirates, and money is the only thing that talks. Gear up with high tech equipment to overcome heavily armored combat drones, elite corporate assassins, and over-gunned soldiers of the interstellar powers.

BLAST INTO A DANGEROUS GALAXY...

Each player owns their own spaceship, which is completely customizable with multi-cannons, plasma accelerators, enhanced shields and super-fast Frame Shift Drives. Land on alien planets and get behind the wheel of your Surface Reconnaissance Vehicle (SRV) to explore, or strap yourself into your own battle tank and storm pirate bases. 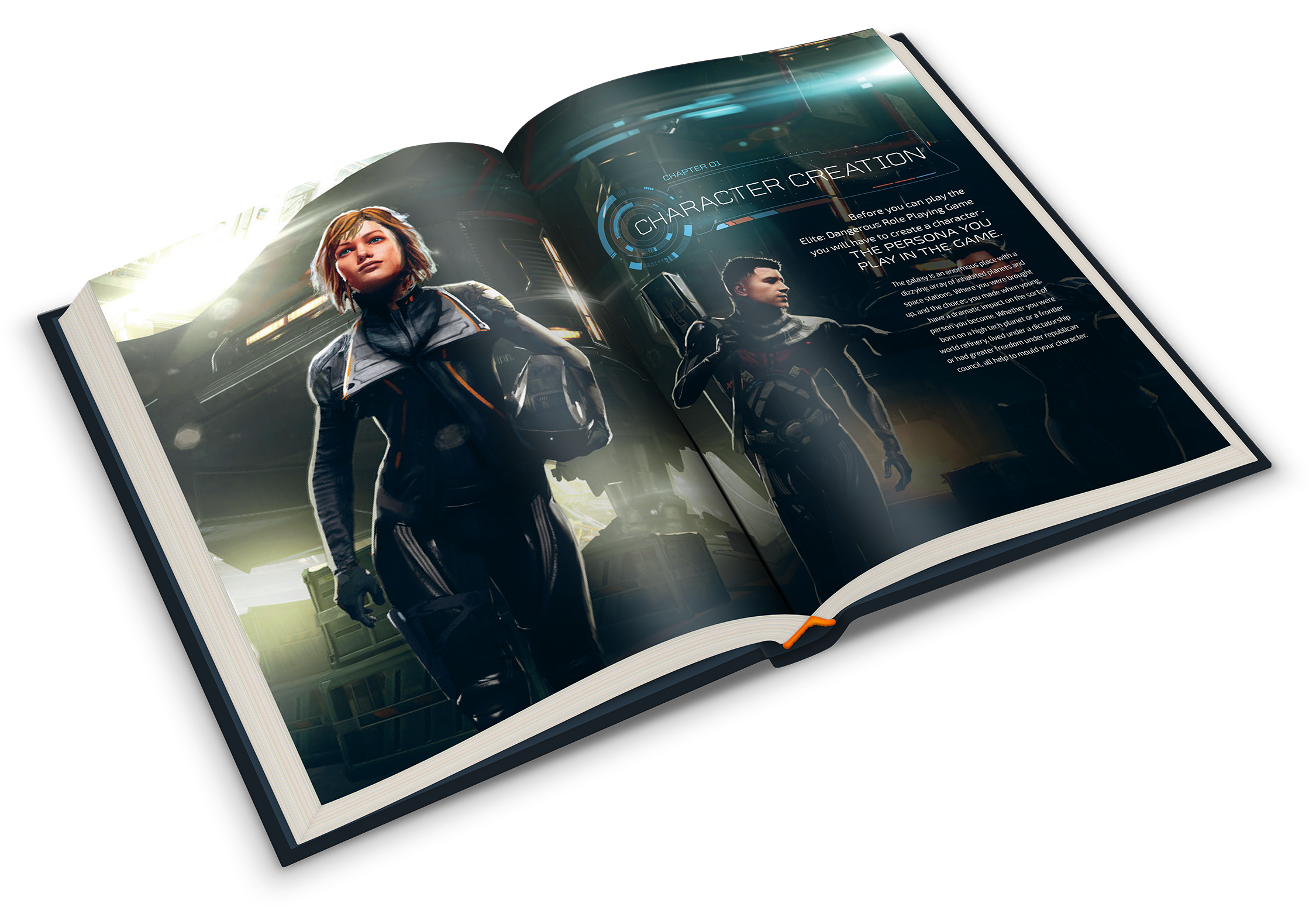 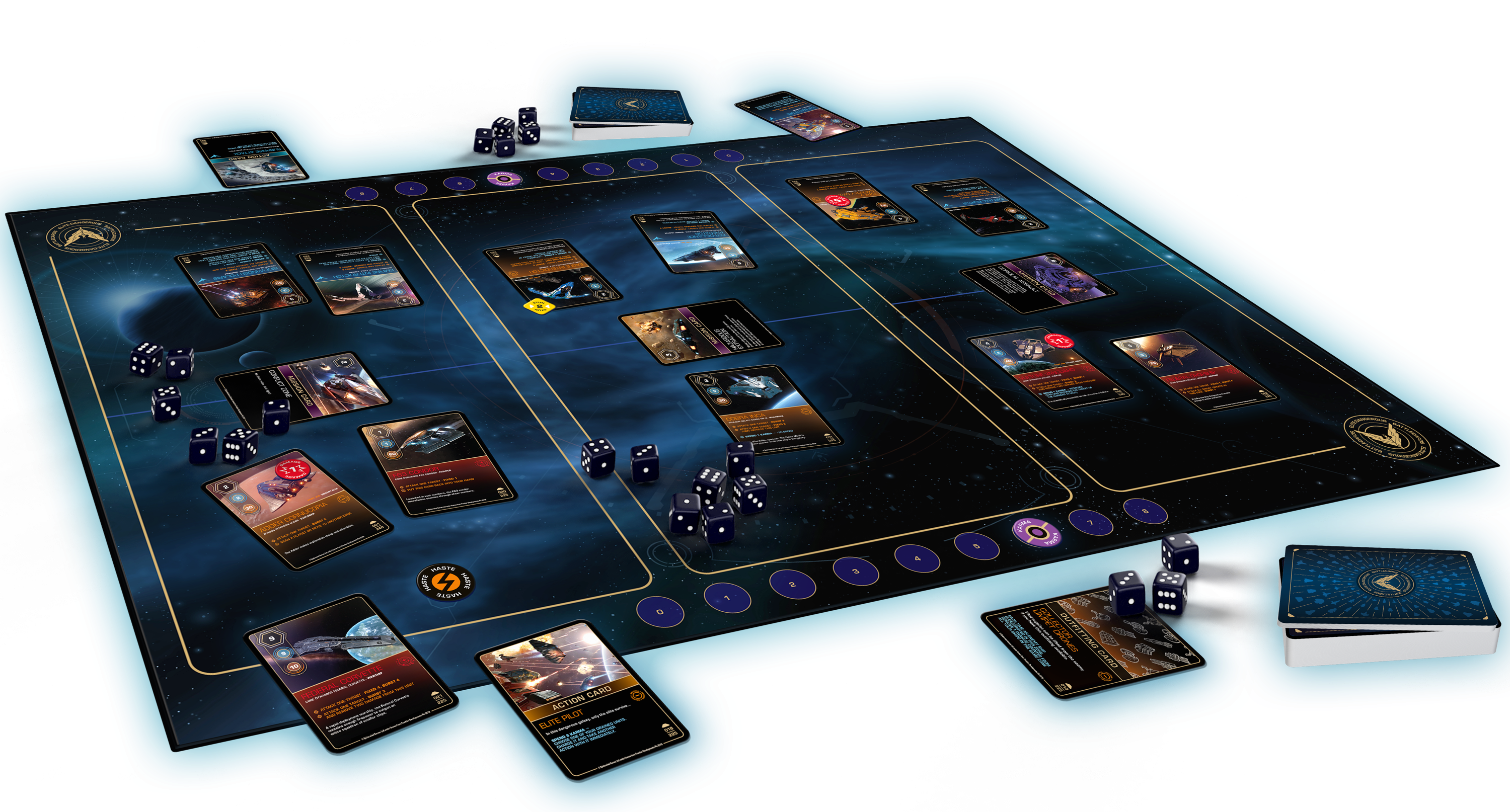 Fight epic space battles across the Elite: Dangerous galaxy. Battle in asteroid belts to gain cover against enemy attacks, explore planets to gain advantage over your foe, or send a fleet of transports to construct an unstoppable capital ship. Create an armada of spaceships, fighters, warships – even entire space stations. Use special abilities to outflank your enemy, upgrade your vessels with enhanced equipment or play action cards to save yours ships or foil your opponent.

AN EXPANDABLE CARD GAME WHERE NO TWO GAMES ARE THE SAME

Get exactly the deck you want. Battle Cards are sorted non-randomly into a Starter Set, and three additional expansion packs. The Strike Deck emphasizes speed and firepower, to bolster the raw military strength of your decks. The Industrial Deck gives you more transports, liners, explorers and miners to allow you to out-produce your opponent and grind them down. The Escalation Deck allows you to buy cards that call in their reinforcements, potentially saving you a fortune in Build Points.

Control the fate of the galaxy across three battle zones, each with its own mission which influences your cards and determines ultimate victory. Protect a massive space station under siege from your opponent, launch a strike force to destroy an enemy convoy, hire space pirates to do your fighting for you, or be the first to fight off the dreaded Thargoid Invaders in their awesomely powerful bio-ships. 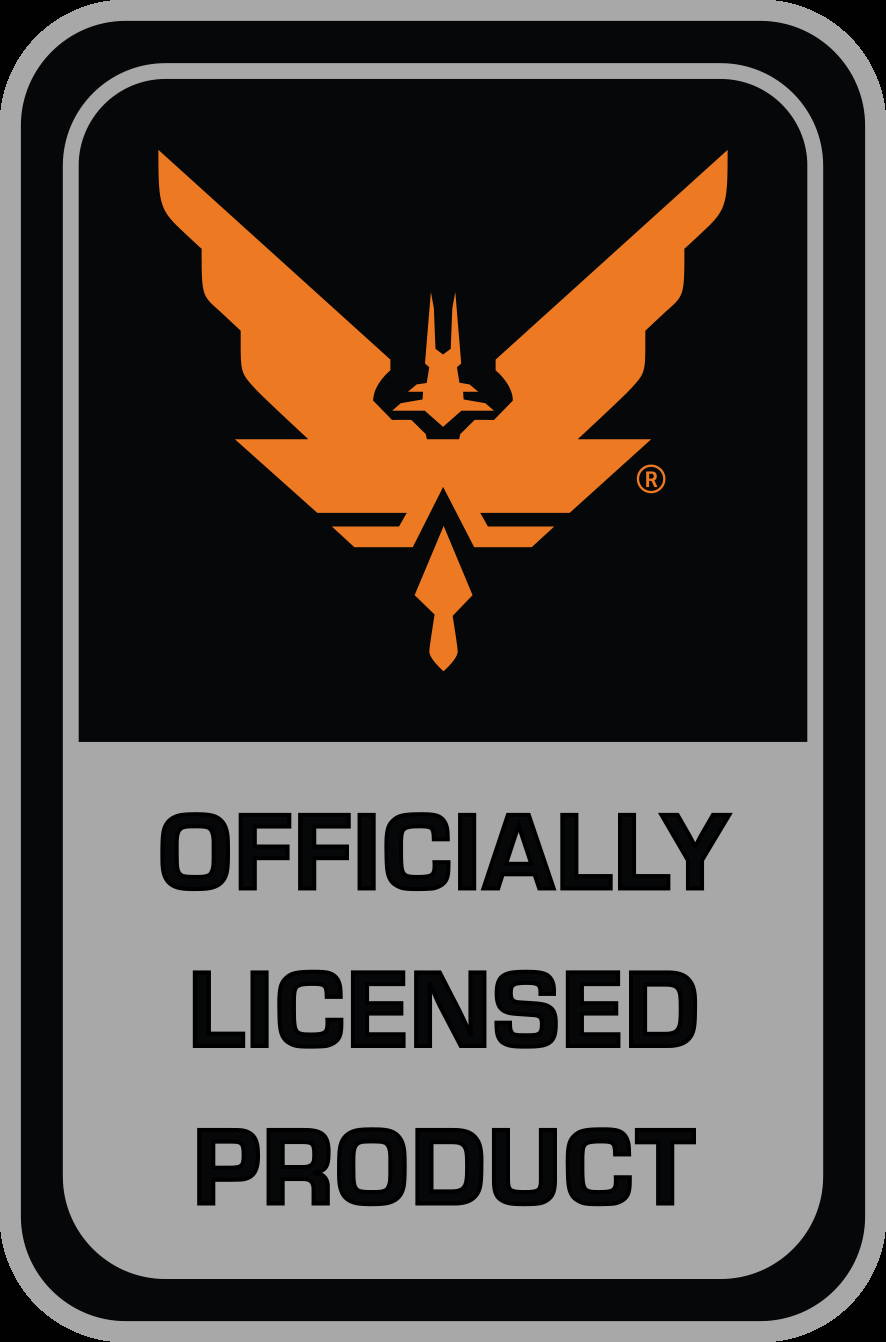 For the rest of the year. All orders get a FREE random set of Wyrm Dice. Just add your items to the cart and we will take care of the rest! Also, All FULL LEVEL UP sets come with Elite Dangerous Battle Cards for FREE. That is an $80 values FREE!